Finding A Sense of Community in B'nai B'rith 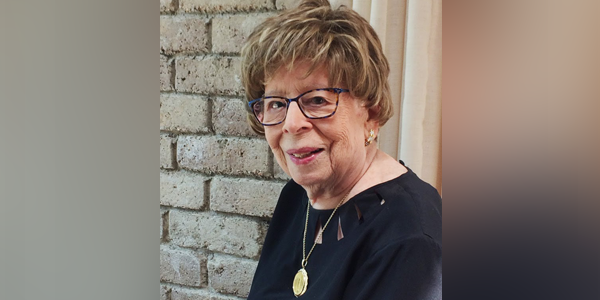 From Philadelphia to Tucson to Dallas, Marlene Franklin has many fond memories of her life in B'nai B'rith. Assuming leadership roles through the years, she continues to maintain her commitment to the organization and its future.

Marlene Franklin is incredibly proud of her involvement with the Jewish community. Her devotion to Jewish life has always included a strong commitment to charity and helping others. She learned these principles from her parents, Betty and Albert Zeitzew, who were a strong influence on her. Marlene grew up with her family in Philadelphia.

She remembers her mother, Betty, encouraging her to join B'nai B'rith Girls. At the time, BBG was still relatively new, giving teenage girls the opportunity to become involved in what was historically a fraternal organization and enjoy many of its activities. Her mother's encouragement led her to B'nai B'rith Women and to experiences that would shape her life and Jewish identity. She would later join B'nai B'rith in the 1980s as a full member, becoming even more engaged in the stewardship of the organization. Marlene remembers her mother saying, "Go, you'll love it!" From her many years of involvement, it's clear that she did.

Marlene's involvement in the Jewish community is what enabled her to meet her late husband, Jerome "Jerry" Franklin. They first met on a group outing with their synagogue's Junior League. They married in 1947 and spent 57 wonderful years together. Both were heavily involved with B'nai B'rith.

Over the years, Marlene moved frequently with her family, and before each move she would always ask around to learn where the strongest Jewish community was located, which would inform where her family would settle. This sense of community (and the warmer climate) is why Marlene and her family decided to move to Dallas in 1968. After stints in Tucson and then Philadelphia, Marlene returned to Dallas in 2010.

After she moved to Arizona, Marlene Franklin gave her time and support to B'nai B'rith's Covenant House senior apartments, where she served on its board of directors.

While living in Dallas, Marlene and her husband became very active in their local couples unit. This provided an opportunity for husbands and wives to participate in B'nai B'rith activities together. As a member of the couples unit in Dallas, she often participated in charity events that the unit would host in the local neighborhoods. She recalls many wonderful evenings of fun and successful fundraising.

Marlene's dedication to the work of B'nai B'rith would inspire her to take on different leadership positions, including serving as the first female vice president of District 7, which encompassed Texas and much of the southern United States. Additionally, she would later serve as president of the Western Frontier region while living in Tucson. Supporting B'nai B'rith and the Jewish community has remained a priority for Marlene. For many years, she has been a member of the B'nai B'rith International Board of Governors, and currently serves as an associate justice on the B'nai B'rith International Court of Appeals.

There are several ways that individuals can support B'nai B'rith through planned giving, including establishing a Charitable Gift Annuity or listing B'nai B'rith as a beneficiary of a life insurance policy. No matter how someone decides to establish a planned gift, the gift will ultimately support the longevity of the Jewish community and the vital work that B'nai B'rith does.

Marlene has spent her lifetime engaged with the Jewish community, active in many facets of Jewish life. For her, B'nai B'rith has always been a special part of that experience. As she explains, "I feel so strongly about what you do. I wanted B'nai B'rith to be a part of my legacy."

For more information about supporting B'nai B'rith through a bequest, endowment fund, charitable gift annuity or other planned gift, please contact the Planned Giving Department by phone at 800-656-5561; by email at plannedgiving@bnaibrith.org; or by mail at 1120 20th St., NW, Suite 300 North, Washington, DC 20036.