A Life Dedicated to Service, and B'nai B'rith 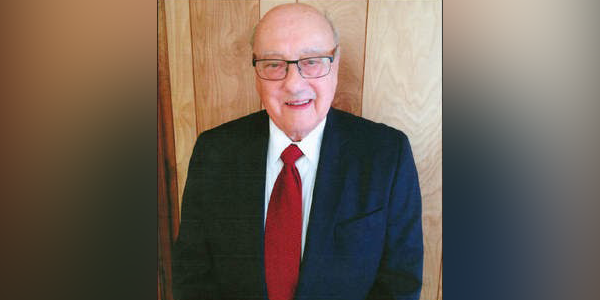 Jack Levitt is a teacher, role model and dedicated B'nai B'rith leader. A passionate supporter of Israel, he can recall the joy and excitement that enveloped his Chicago neighborhood when the State of Israel was founded.

Born on Chicago's Southside in 1931, Levitt is the son of Russian immigrants. His mother, Bluma, arrived in 1910 and father, Ben, in 1909. Ben fought for the United States in World War I, serving as a messenger in the trenches while facing mustard gas, earning him a Purple Heart.

"I thank my father, who was really a hero to me. He was a great and ardent Zionist who realized you've got to give back," Levitt said.

From 1948 to 1952, Levitt attended the University of Chicago. In 1952, while serving in the U.S. Army during the Korean War, he was primarily stationed at Fort Riley, Kan. Trained there as a photo interpreter, he examined aerial photographs to ascertain information, such as the speed of tanks and the enemy's location.

After working at his father's currency exchange business for six months, Levitt enrolled in Roosevelt University, where he earned a bachelor's degree in sociology and a master's in education. There, Levitt met his wife, Roberta (or "Bobbi"), in a sociology class in 1955. The two were engaged in January 1956 and married in August. After they graduated, Bobbi worked as a secretary, and Jack taught math at junior high schools in Blue Island, Ill., and Chicago Ridge, Ill. He still gets letters from former students, telling him about the impact he had on their lives.

After years of teaching, a job that he loved, in 1974, in an effort to better support his family, he decided to switch careers and did "something I said I would never do," by opening a currency exchange with Bobbi. Twenty years later, they sold the business to his nephew.

Bobbi and Jack had four children and 12 grandchildren. After 50 years of marriage, Bobbi passed away in 2006.

Now retired, Levitt keeps busy with volunteer work, including teaching a music appreciation course for children, and he belongs to a "Shalom Over 50s" group. He is also the Commander of the Neivelt Post of the Jewish War Veterans, a position he has held for the past four years. A devoted Sherlock Holmes fan, he attends local club meetings to explore Sir Arthur Conan Doyle's original tales and also attends Sherlock Holmes conventions.

"I wake up every morning and ask, 'How do I feel today?' and if I feel good, I ask, 'What can I do to better my community?'" Levitt said.

In that vein, he spends a great deal of his time advancing B'nai B'rith's work. Levitt serves as the co-president of B'nai B'rith's Chai Unit in Chicago and is a member of Midwest Region's board of directors. At one point, Bobbi was the Chai Unit's president, not only becoming its first female member, but its first female president. Today, all of his children have signed up as members as well.

"I got an awful lot out of B'nai B'rith," Levitt said.

One of his most treasured experiences was during his term as B'nai B'rith Illinois Regional Council president. Levitt was honored to offer greetings at the 1994 B'nai B'rith International Convention in Chicago during B'nai B'rith International's year-long 150th Anniversary Celebration. As he had at other such gatherings, he relished the interaction with the thousand delegates from all over the world. The meeting's theme, "B'nai B'rith: A Past to Remember, A Future to Behold," is a concept that Jack Levitt embodies every day that he serves the organization. In the true spirit of that theme, Jack decided to include B'nai B'rith as a beneficiary in his will, enrolling him as an honored member of the organization's esteemed 1843 Society.

"I think [B'nai B'rith] is a wonderful organization, and I want to be sure it continues for the people after me," Levitt said.

"By including B'nai B'rith in his will, Mr. Levitt has and will always be building and strengthening the Jewish community for generations to come," said Ben Simkovich, assistant director of planned giving. "B'nai B'rith is proud to have Mr. Levitt as both a leader of the organization and a member of the 1843 Society."

For more information about supporting B'nai B'rith through an endowment fund, bequest, charitable gift annuity or other planned gift, please contact the Planned Giving Department by mail at 1120 20th St., NW, Suite 300 North, Washington, DC 20036; by phone at 800-656-5561; or by e-mail at plannedgiving@bnaibrith.org.